Workers at Historic Royal Palaces (HRP) are set to show management they mean business by walking out tomorrow (Wednesday 6) in a row over pensions. 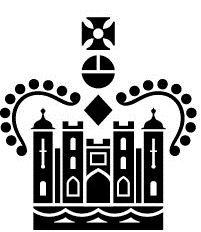 Staff across Tower of London, Hampton Court Palace, the Banqueting House, Kensington Palace, Kew Palace and Hillsborough Castle voted overwhelmingly in favour of strike action after attacks being made by management to their pension scheme. The workers belonging to PCS and GMB unions are being forced onto a defined contribution scheme that would leave them significantly worse in retirement.

PCS general secretary Mark Serwotka said: “This show of strength by HRP workers from both our union and the GMB will send a clear message to management that they must give their staff a decent pension in retirement.

“It is incumbent on HRP management to get round the table and negotiate properly with both unions to come to a fair deal.”

In a message of solidarity, Napo's own GS wrote: "I wanted to convey a message of support from Napo members to our brothers and sisters working in the Historic Royal Palaces.

Their struggle shows that the recent platitudes from this government about the importance of trade unions are just words, and demonstrates why such action is still necessary to oppose the continuing onslaught on the living standards of working people."

Show your support for the HRP workers with the hastag #PCSHRPpensionfight