Napo members to decide our future

Between now and the October AGM, our members are being asked to consider the future direction of travel for Napo.

My experience of organisation and structure reviews in the three unions I have been privileged to work for prior to Napo, suggests that these are not exactly the key issues on members minds as they face the perennial problems of inadequate pay, increasing workloads and the privatisation agenda.

Unfortunately, we cannot put off the uncomfortable task of deciding on the long term viability of Napo any longer, and that’s why we are asking members to take a look at the “Pride in Napo" discussion document  which is starting to be discussed within Napo branches and which is also being considered by a working group elected by your National Executive Committee.

There are a number of recommendations on which the elected leadership need a steer but essentially we are looking for endorsement of a strategy that will see us spend some of the proceeds from the sale of our former Chivalry Road premises and invest in new methods of communicating with you and assisting you at the workplace. We also need to equip and support our staff and your representatives to play a more integral role in the process of representation.

It’s not exactly rocket science, but we clearly need to take a long hard look at the way in which we operate and use our precious resources and consider new ways of working to make sure that we retain our position as the second largest union within HMPPS.

Locally, we know that many Napo branches are doing a sterling job trying to pursue numerous issues that impact on members and we need to see how we can offer additional support, possibly by introducing a new role that would see elected ‘regional ambassadors’ offer their knowledge and experience to work in partnership with branch activists and provide representative support if needed.

At the same time we have identified the need to encourage new activists to come through to replace the high number of long established Napo reps that have been difficult to replace since the introduction of Transforming Rehabilitation and the job losses that resulted from it.

The discussion paper also poses questions about the effectiveness of Napo’s ICT Systems and how we can reach our members (and importantly the prospective members who you work alongside) more effectively with specific news of the issues we are trying to resolve with the 24 employers that we engage with.

Again, it’s no secret that the triple whammy of TR, job losses and members leaving a service that they couldn’t envisage wanting to remain in, has had a huge impact on our finances. Add to this the cynical removal of ‘Check Off’, and it leaves us with three scenarios: grow, merge or fold.

To be absolutely clear, and to the disappointment of any conspiracy theorists, I have not been (and nor has anyone else) been party to any discussions with other unions about the possibility of merger. Moreover, this will simply not happen unless and until it is so instructed by our members. Anyone who has heard me at our Annual Conference or the many branch meetings that I have attended ought to be in no doubt of my belief that Napo can remain as a strong, independent and professional voice for our members in the NPS, CRCs PBNI and Cafcass.

For that to be the case, we need you to consider all the options in the run up to this year’s AGM where we will need our members to make some radical decisions to give your leadership group the flexibility they need to achieve this objective.

Also for the avoidance of doubt, and as a clear signal to our membership, I will be making my case for a second term as your General Secretary when the electoral cycle commences again early in the New Year.  I have never been one to run away from difficult challenges and I certainly don’t intend to do so now.

This week’s report from the National Audit Office reveals that the MOJ is still failing  in its attempts to achieve value for money with its management of the new generation electronic monitoring programme. The report says that the estimated cost of this whole project up to 2024-2025 is £470 million.

No surprise to read that the NAO reckons that the Ministry ‘pursued an overly ambitious strategy which was not grounded in evidence, and failed to deliver against its vision.’ Now where have we heard that before?

News that the MOJ has learned from its previous failings, and has begun to make necessary improvements is hardly reassuring, and major risks apparently remain.

Here is a key section from the NAO press release which will make for familiar reading given the previous incompetence and corruption that we have seen on this issue. The decision to award the contract to G4S simply reeks to high heaven.

The NAO’s report finds that the Ministry did not do enough to establish the case for a major expansion of location monitoring using GPS, and that the Ministry’s bespoke requirements for new world-leading tags proved too ambitious.

Furthermore, the planned timescale for the programme was unachievable. The Ministry initially allowed 15 months after signing the contract for the tags in August 2012 to develop, test, manufacture and deploy the new tags. Contracts, however, were not signed until July 2014 due to the discovery of overbilling by G4S and Serco, followed by two failed procurements for the tags. The Ministry has now appointed G4S as preferred bidder for the tags. It expects the new tags to be deployed from the end of 2018, completing roll-out six months later. This represents a total delay to the programme of five years.

Five years after initiation, the programme has not delivered the intended benefits. The Ministry had expected the programme to reduce annual monitoring costs by at least 9% (£9 million) and potentially up to 30% (£30 million). The Ministry has so far spent around £60 million and remains reliant on the legacy services. However it has reported savings of 10.6% by negotiating with Capita, the new monitoring supplier, which has streamlined the existing operation over time.

The Ministry’s governance arrangements were weak, causing slow decision making and allowing internal disagreements to persist. External reviews noted a lack of accountability to Senior Responsible Owners and unhelpful disunity between operational, technical, commercial and programme staff. This was compounded by a lack of capacity and capability in the context of high competing demand from other projects.

Following internal and external reviews of the programme in 2015 and 2016, the Ministry has taken action to address many of the issues. This includes changing approach to buying available off-the-shelf tags and bringing the integration function back in house. Leadership is now more stable and cohesive. In March 2017 the Infrastructure and Projects Authority assessed that the programme team had been reinvigorated following key staffing changes and that delivery confidence had improved. However significant risk remains. Achieving an effective new monitoring service without relying on a contracted integrator will require the Ministry to be much more closely involved than before in integrating the end-to-end service. It will have to build and sustain its technical and programme management capabilities to effectively perform this expanded role.

Many of you will have met our loyal activist from Napo Cymru at countless AGMs over the years. I was shocked and saddened to hear of his untimely death following an illness and I am sure that all Napo members will join me in conveying our deepest condolences to Stuart’s family at this news.

Stuart held a multitude of Branch positions during his career and his tremendous efforts for Napo members and his dedication to his profession were a tremendous example to others. 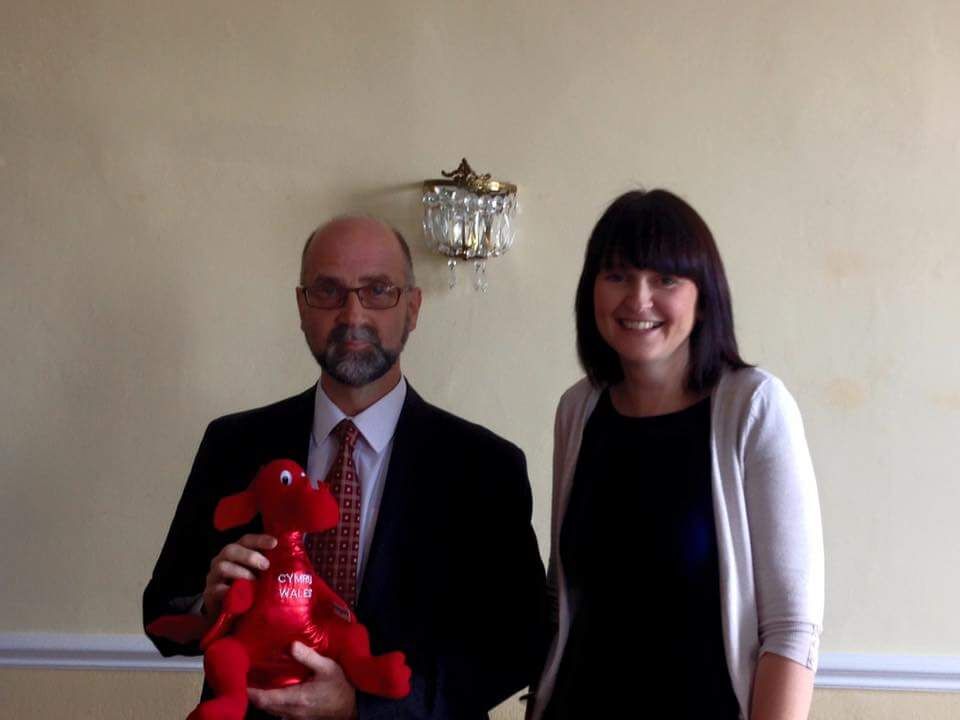