Probation union calls for a halt to further probation sell off 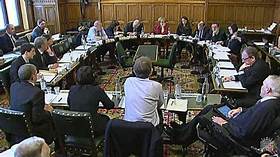 Napo put out a press release today calling on Ministers to abandon their plans to remarket rehabilitation services following the failures of the 21 Community Rehabilitation Companies (CRCs). This was in advance of In advance of the Public Accounts Committee session on 13 March. Napo General Secretary Ian Lawrence said: “The recent report by the National Audit Office not only confirms Napo’s warnings to Ministers that the earlier ‘Transforming Rehabilitation’ reforms would not work and represented poor value for money to the taxpayer, but also clearly states that Ministers should pause and reflect on their plan to simply re-let probation services into 10 new package areas.” Read more