Sentences of six months or less to be scrapped? 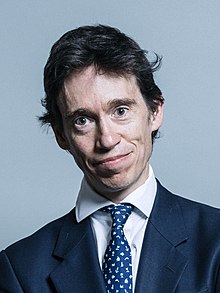 With prisons in England and Wales bursting at the seams, proposals to axe sentences under six months seem like a great idea.

Justice minister, Rory Stewart, who put forth the plan, told the Telegraph that short sentences were "long enough to damage you and not long enough to heal you" and went on to say: "You bring somebody in for three or four weeks, they lose their house, their job, their family, their reputation.

"The public are safer if we have a good community sentence... and it will relieve a lot of pressure on prisons".

And who could argue against that? Such a move would certainly ease the burden on prisons and help avoid some of the social and economical issues a short stint behind bars can create. But is an under resourced and fragmented probation service equipped to pick up the slack?

Napo's GS told the BBC the part-privatisation over the past four years had "had a massive impact on service delivery and the ability of our skilled professionals to do exactly what they should be doing".

"Levels of supervision, in many regards, are unsatisfactory," he said. "It's not conducive to proper rehabilitation. It's not cost-effective for the taxpayer.

"And what we need to see is more provision in the community for people to be given the opportunity to turn their lives around."

Let's hope the MoJ has learned from previous mistakes, and this time makes sure there is enough funding available to support this ambition.