Help save lives - join the campaign for a Stalkers Register

“Unfollow Me” is an unlikely name for a campaign that has secured over 150,000 petitioners in support of the creation of a register for those convicted of a stalking offence.

As practitioners will know, even if many members of the British public still do not, the National Stalking Advocacy Service Paladin https://paladinservice.co.uk/  describes this sinister practice as: “A pattern of unwanted, fixated and obsessive behaviour which is intrusive and causes fear of violence or serious alarm or distress” 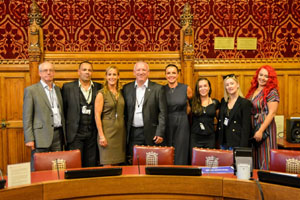 Last Thursday I attended an emotional yet hugely inspirational event at the House of Lords hosted by Baroness Jan Royall. Here leaders from organisations such as Broadly and Paladin, were joined by victims and the families of victims whose lives have been blighted by the violent acts of perpetrators who would have appeared on a Stalkers Register if one had existed.

I had met some of these incredibly brave people before, but each event like this sees more additions. Parents who had been utterly helpless to prevent the murder of a daughter, despite the fact that 30 plus incidents of stalking and threats against their loved one were reported to the police before their murder. Survivors too: victims who had miraculously emerged from the most appalling examples of physical and mental torture following a relationship which started out as essentially conventional before spiralling into coerciveness and becoming a living hell on earth.

How you can help
The campaigners are pressing for recognition of the inadequate framework which can track or monitor serial stalkers and domestic violence perpetrators. It was depressing to hear testimonies that proved that all too often the police (themselves often overstretched and lacking resources) rely on a series of victims to report multiple crimes and often it is the victims who are forced to modify and change their behaviour.

Everyone there agreed that this needs to change. It is the perpetrators’ behaviour that is the problem and the sooner that society recognises that the better.

On a lighter note, it’s as good a time as any to start thinking about how you and Branch colleagues are going to travel up to Southport for Napo’s AGM on 5/6th October.

We already have a top line up of speakers and professionally focused events and I know from experience just how good Southport is as an excellent conference venue.

Find out more and register online